Why Leon Schuster Makes Me Sad

So, I’m not going to criticise anyone for enjoying what I think is the puerile ‘comedy’ of Schuster and his international counterparts. To each their own and all that. But the tremendous success enjoyed by Oom Leon and his ilk means that there isn’t room for any other kind of comedy on our screens. And that’s what makes me sad.

Consequently, I usually find myself on the ‘hipster’ side of the comedy equation – championing TV shows and movies that are critically acclaimed but commercially tangential. I devour brilliant series such as Community, 30 Rock, The Thick of It and Parks and Recreation, while I eschew chart-topping rubbish like 2 and Half Men. That’s just the way I’m wired.

Now, in a normal unregulated media environment such as they enjoy in America or Britain, that wouldn’t be a problem. There are enough broadcasters and movie studios to ensure that at least a few niche products get the green light each year. The fate of these left-field endeavours then rests in the hands of the audiences, and that is how it should be.

Unfortunately, I work and live in South Africa where there is a virtual monopoly on media production. We have the Big 5 broadcasters and a handful of viable movie producers – none of whom have the capital or courage to take a risk. As a result, our South African movies and TV shows are pitched at the broadest possible audience, usually based on a format that proven popular in previous iterations. And preferably with boobs.

That means our local audiences are fed a constant stream of lowest-common-denominator pabulum; a vague and derivative mixture of toothless sitcoms and juvenile comedies. There are occasional exceptions: Jozi and Material, both directed by Craig Freimond, were pretty good and at least tried to take things to the next level. But, by and large, we are still very much stuck in the 1980s – creating disposable comedy that would make Tony Danza look cutting edge.

It’s therefore no surprise that a market fed exclusively on porridge has never developed a taste for sushi or a nice meta-curry. And that leads, as is always the case, back to me…

I guess the thing that really gets me is that, under the current dispensation, there just isn’t a place for me in South Africa (either as a writer or an audience member). I have never made it all the way through a Leon Schuster movie. I can’t watch more than a couple of episodes of any local sitcom. I shun local movies at the cinema (because they are either kak comedies or self-righteous dramas). And this means that I am forced to consume all my media from overseas; hooking into the global media establishment while simultaneous isolating myself in a bubble of internationalism.

In other words, when it comes to English-language programming, I have to concede that I am utterly disconnected from the local market. I steadfastly believe that a shot to the nuts is only funny in a home video, and I’ve finally come to accept that this kind of ‘sophistication’ makes me the worst thing I could ever be: irrelevant. IMHO. 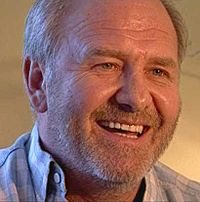 5 thoughts on “Why Leon Schuster Makes Me Sad”