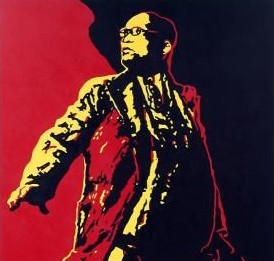 So much has already been written about Zuma’s dangling tottie that I don’t want to rehash the whole cock and balls story. In summary, however: Yes, ‘The Spear’ and its encompassing exhibition titled ‘Hail to the Thief II’ would have hardly made a blip on the popular consciousness if the ANC had done the sensible thing by ignoring it. Yes, the ensuing shitstorm of publicity has raised Brett Murray’s profile into the stratosphere. And yes, the sudden escalation of hysteria – culminating in the painting’s unauthorised defacement – has made rational discussion impossible.

Nevertheless, now that the hullabaloo around our president’s meat and two veg has abated somewhat, I feel there are still a few issues which warrant further interrogation…

First, the accusations of the painting being racist are both tenuous and alarming. Brett Murray’s track record as a committed leftie who produced a lot of anti-apartheid art is neither here nor there. The implication seems to be that a white person may not make a critical comment about a black person without being accused of racism. That is nonsense. Any public figure, especially a prominent political leader, must be open to criticism – regardless of race. It goes with the job. Otherwise, there would be no space for political debate or dissent. Just take a look at how well things are going in Zimbabwe, where you can be imprisoned for making a joke about Mugabe’s age.

Secondly, the Film and Publications Board’s decision to issue the painting with an age restriction is totally risible. Idiotic, in fact. 90% of the world’s great artworks feature people running around in various states of undress. What’s next? An ID check at the door of the Johannesburg Art Gallery? A N16 on Michaelangelo’s statue of David? An XXX-rating on that slut, the Venus de Milo?

Finally, and most importantly, it’s time for South Africa’s leaders and their supporters to grow the fuck up. Satire is an essential component of any mature democracy, and publicly elected leaders the world over are routinely the subject of unflattering or insulting comment, whether it is in the form of editorials, cartoons, newspaper articles or TV shows. And you know what? They deal with it like adults. 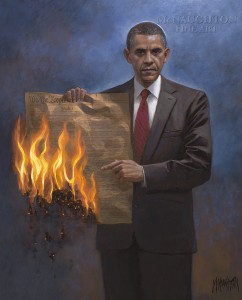 One Nation Under Socialism by Jon McNaughton

So, the real issue isn’t about the relative artistic merits of ‘The Spear’ (personally, I think Murray’s satire is somewhat heavy handed and lacking in subtext). Instead, it’s about our leaders having the maturity to take this kind of thing in their stride. Check out these outrageous depictions of Barack Obama proudly burning the American constitution, or the Queen of England with her tits out.

No doubt, these images are insulting, controversial and potentially libellous. But do you see the Democratic Party or the Royal Family going ape-shit about them? Do you see sponsored protest marches wending their way through Washington or London? Do you see religious crackpots defacing the artworks as part of a misguided attempt to put things to rights?

No. You don’t. Because Obama and the Queen are genuine world leaders who know that making a fuss about obnoxious displays only draws more unwanted attention. And they have the intelligence to rise above petty controversy; confident that they can weather the storms of artistic expression.

That’s why I say it’s time for Zuma and his supporters to get some perspective. Surely the presidency has bigger fish to fry than some artist who had the temerity to imply that the country’s leader has a problem keeping his pork sword sheathed. As the ever-incisive Zapiro has pointed out in this cartoon, you reap what you sow. And our third president has certainly provided us with fertile ground for satire. 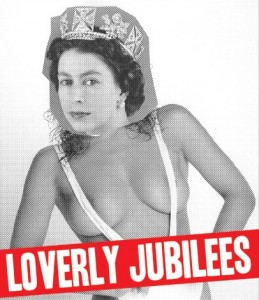 In other words, deal with it, ANC. When faced with ridicule, just hold your head up high, maintain your dignity and stop fussing like a little girl who’s been teased on the playground. Simply rise above it and you’ll be surprised by how quickly you get respect – especially once you start showing similar respect to others.

And if you have any doubts about the importance of political satire to a free society, just ask Pieter-Dirk Uys. His pointed political reviews played a significant role in weakening the monolithic might of the apartheid regime – all through the incalculable power of laughter and a merciless lampoon of PW Botha. Above all else, ANC collective, don’t be a bunch of knobs and stop promoting artists you don’t like. IMHO.