Ask not for whom the road tolls

Today in ‘It Could Be Worse’ news: expensive roads.

The Gauteng e-toll saga is dragging on and on, with no end in sight. Like an episode of ‘The Killing’. But according to this article in The Sun newspaper, the United Kingdom is also having road problems.

Apparently, a five mile extension of the M74 motorway near Glasgow was recently completed at a cost of  £692 million (£445 million for construction and £247 million for buying up land). That works out at £138.4 million per mile, making it Scotland’s most costly road. And now, a section of the new road has started sinking, necessitating emergency repairs.

To be fair, this eye-wateringly expensive road is elevated above the ground. This makes construction costs significantly higher than the average cost of £30 million per mile.  And, as BBC News points out, the cost of building a new tunnel on the A3 is even higher (£300 million for 1.2 miles). But still, nearly R9 billion for 8 kilometers of road is almost unbelievable.

Unfortunately, it’s very difficult to compare the costs of Scotland’s extravagant overpass with the controversial Gauteng Freeway Improvement Plan because no-one seems to know how much the GFIP will actually cost. The latest figure is a staggering R90 billion rand, all in. That includes construction, administration fees and interest on the loan over 20 years.

It’s a far cry from the original R6.3 billion budget (ex VAT) that was proposed back in 2006. Downright baffling, in fact. But I haven’t got the patience to piece together a blow-by-blow account of the whole debacle (if you want, check out this timeline from IOL for more info).

In any event, let’s look on the bright side: compared to the UK, our GFIP is a bargain! As far as I can work out, a total 571km of freeway will be constructed or   improved as part of the project. That’s a lot of tarmac. Now, if only SANRAL would come clean about their costs and calculations, we can try to find some transparent resolution to the whole affair.

Then we can all relax and start enjoying the new roads. Although I still won’t be caught dead on the Concrete Highway during rush hour. IMHO. 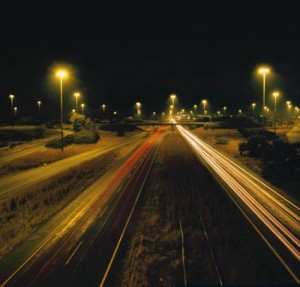