South Africa – How Fucked Are We? 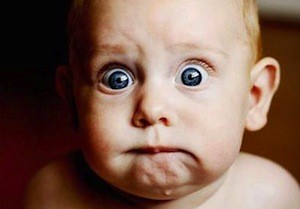 Yassis, I’m depressed about the state of our nation. And that worries me. I’ve always been the one who is upbeat about South Africa (you know the one). I love my country deeply. It is part of my identity, part of my self. I just can’t imagine living anywhere else. And yet…

The events of the last few days have shaken me. I’m unsettled, anxious. My usual confident bluster is faltering. And I don’t like it.

So, I thought I would try to write out my conflicting thoughts and emotions; try to make sense of recent events as they relate to my (and our collective) future.

But first, as we must, a quick recap: Zuma’s State of the Nation address was a catastrophe. It began with a mysterious cellphone signal blackout (which is now officially described as a ‘technical glitch’ and definitely not ordered by anyone). Journalists protested and opposition MPs refused to continue until the signal was restored (which it was, even more mysteriously). Even though the ruling party has promised it will never happen again, it’s an ominous indication of the government’s desire to control the flow of information.

Then came the double whammy of the EFF’s stubbornly disruptive (but procedurally defensible) highjacking of JZ’s speech, followed by the heavy-handed and well-rehearsed removal of all EFF members from the house. I can’t say this part of proceedings came as a surprise. The EFF clearly announced their intentions well in advance, and the Speaker of the House was literally reading from a prepared script. But the physical violence of the armed guards’ response was genuinely shocking.

Perhaps more pertinently, the official parliamentary TV feed refused to show us the scuffle. Instead, it remained locked on the unsmiling faces of the petulant Speaker and brooding NCOP Chairperson. We only saw this fracas thanks to people in the gallery who filmed it on their cell phones). That’s another blow to the freedom of information (especially if you believe rumours that the SABC’s head of news was in the OB van calling the shots).

Finally, we have the issue of the security guards themselves. Who were they: police, army, parliamentary? This is an important question, as raised by Musi Maimane of the DA, because the police and army answer to the Executive (i.e. the president). The parliamentary security force, on the other hand, answers to parliament itself. This separation is essential for democracy and not just semantics (as the Speaker implied when she said she can’t point out who is police and who is from parliament).

So, put it all together and what do you get? Well, you get a ruling party who was prepared to restrict the flow of information and interfere with the autonomy of parliament for their own ends. OK, they were probably only thinking short term (how do we protect Zuma from embarrassment?). But a quick glance through history will show that many dictatorships began with little more than a jammed signal and troops in parliament.

Now, I don’t think we are seriously at risk of JZ becoming a Mugabe. Our democracy is too strong for that. But the spectre of sad, decaying Zimbabwe looms directly over our heads, and the parallels are hard to avoid. Especially when Zuma chuckles ‘heh-heh-heh’.

I regret that this is the case. I hate to trot out the hoary, old trope of ‘failed African state’. But let’s go down that road and see what sticks.

By all accounts, Zuma is intent on putting his mates and/or loyalists in all the top positions, regardless of their experience or ability. Such a system of patronage is, to mis-quote the beloved Pieter-Dirk Uys, the Vaseline of political intercourse in many countries. But one can’t help but wonder if this inter-dependent cabal is going to simply walk away from power when Zuma’s time is up.

Then there’s our infrastructure. After driving to Malawi over December, I can accurately say that maintenance is one of the biggest challenges facing our continent. Without expertise and money applied in the correct places, things fall apart – simple as that. It’s happening with our power grid (the big talk is that our water supply is next). And, petty as it may sound, you just need to look at the state of our rainwater drains, brittle roads, overgrown verges, broken traffic lights to see that the government just isn’t that good at keeping things in shape.

The ‘failed state’ scenario can be taken further. There’s proposed new land legislation that will stop foreigners from owning agricultural land, and limit individuals from owning too much. Not an outrageous proposition (many other countries have similar restrictions) but a policy with lots of potential for abuse. There’s new mining legislation that seeks to give the minister control over pricing. There’s a broad malaise of corruption seeping into every aspect of the bureaucracy, where getting a piece of the action becomes more important than getting things done. And let’s not forget an alarming rise in racial rhetoric that is finally starting to make me feel a little bit unwelcome.

Perhaps worst of all, there is neither progress nor consequence. South Africa is simply not making any headway against the challenges we face such as education, service delivery, economic growth, unemployment, and so on. Sure, these are large, sprawling issues with many complexities, but all too often the people in charge seem either inexperienced, inefficient, insubstantial or downright dishonest.

Because whatever happens, nothing happens. Scandals come and go but no one gets fired. Blunder after blunder, and no one is found responsible. Even when the Public Protector (blessed be her name) makes an official finding, she is ignored and the transgressors get off scot-free. Without accountability, we are helpless.

OK, that’s some of the shit we’re having to deal with at the moment. But what does this all mean for the future? Are we really on course to become yet another failed African state?

Well, first let’s look at some realities that we have to face right now.

Number One: Zuma is not going anywhere for another three years. Barring a pretty-much unthinkable backlash from within the ANC, Zuma is going to be president until the next elections when our constitutionally mandated two-term limit will force him to step down.

Number Two: our erratic electricity supply is going to remain erratic for at least three years. Despite all the interventions in the pipeline, for the next three years we are going to struggle to produce enough power to keep up with consumption.

Number Three: The opposition is weak and will probably remain so. The DA just cannot shift the perception that it is a ‘whites-only party’. And the EFF is radical, fractious and, while often correct, somehow untrustworthy.

So, more of the same for the foreseeable future. What, then, do we do?

Honestly? Fucked if I know…

Those of us who can, could obviously investigate emigration. It’s not an easy process (unless you are very rich – and I don’t shed tears for the rich). Uprooting everything and starting over from scratch is extremely painful. However, maybe now is the time? If you honestly cannot see any hope for South Africa over the next ten years, then you’d be foolish to hang around waiting for it to get worse.

But what if, like me, your optimism is battered but not broken. Do you do a pre-emptive evacuation, to be on the safe side, or do you stay and watch the winds, waiting for the final straw to land on your back? I realise that this very South African middle class tendency to keep one foot on the plane (however subconsciously) isn’t particularly helpful. But it’s there – nagging away in the back of my brain.

The big question that usually hushes my doubt is: where do you go? What with terrorism, climate change, political uncertainty, economic depression and everything else, the whole world is in upheaval. For me, the answer is probably Canada: I have family there and nothing ever happens. But the weather is terrible. And it’s Canada. The UK, America, Australia, New Zealand – they all have their drawbacks. So, I have to ask myself, is my lack of faith in South Africa really worth the price of relocation?

In my heart, I don’t think it is. So, the only other option is to just grin and bear it. After all, it’s not so bad here on the tip of Africa. We live in a beautiful country with beautiful people and beautiful weather. We also have a history of defying dire expectations. And, while we are all living in the looming shadow of Mugabe’s Zimbabwe, we’re still a long way away.

And perhaps this is the best way to approach the events of last week – to consider them an early warning; a canary in the mine alerting us to the presence of poisonous gasses that could overwhelm us if we don’t take notice. That’s why, after a few days reflection, I’ve decided that the SONA debacle was a good thing – lucky, even. At least it gives us a chance to correct our course before we really run aground.

Finally, to wrap things up, let’s return to the original question: how fucked are we? Right after SONA, I would have given us a HFAW score of 8. Now, the government seems to have realised that they overstepped the mark and are backtracking on many fronts. No one will be held accountable, of course, but just maybe the fallout has given some people pause for thought – whether it’s politicians who need to re-assess their priorities or members of the public who need to re-assess their vote.

Either way, my little flame of hope is flickering back into life. It’s not as robust as it once was. After all, a mirror was held up to our democracy, and I didn’t like what I saw. But the passage of time (even a few days) soothes everything and I am no longer tormenting myself with ‘should I stay or should I go?’. I’m staying. I’m here. This is my country as much as anyone else’s, and nothing’s going to chase me off my birth right. At least for now…

Ask not for whom the road tolls

Today in ‘It Could Be Worse’ news: expensive roads.

The Gauteng e-toll saga is dragging on and on, with no end in sight. Like an episode of ‘The Killing’. But according to this article in The Sun newspaper, the United Kingdom is also having road problems. END_OF_DOCUMENT_TOKEN_TO_BE_REPLACED